I received the honor of Teacher of the Year for Phenix City Schools. That school year was one of my most exceptional years, and I felt like I was where I needed to be in life. 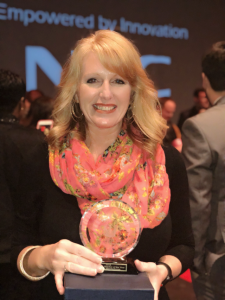 On the last day of school, I missed a doctor’s office call because we were in a faculty meeting. When I called back, I knew it was not good news because the nurse stated that the doctor had to call me back. I walked into a fellow teacher’s classroom and asked her to say a quick prayer with me.

Right after the prayer, my doctor called. My dear teacher friend was there with me when the doctor called in. The doctor stated that my biopsy came back as Melanoma and needed to be removed immediately to prevent it from spreading.

I had no idea, at that moment, that my life would change forever. Or even more shockingly, just how much it would change.

I’m not going to lie; I went back to my empty classroom and sobbed. I called my parents. My dad comforted me by saying that he had several procedures and nothing had spread. He told me to keep my chin up and continue moving on with my life. He said, “Hey, this is not a big deal, just get it removed, and you will be fine,”

Within a half-hour, I had another teacher come in and talk to me about what he had been through. He shared his skin cancer journey.

Later that day, another skin cancer survivor came by to talk about her experiences. I am so glad we have now become cancer survivor sisters, and I am genuinely grateful for my colleges for supporting my cancer journey.

I had to finish my day with an exit meeting with my principal, and I don’t believe he was fully aware of what happened earlier that day.

My first surgery was about two weeks later. After the first surgery, the pain I had was minimal. It radiated down my left arm and into my elbow. This continued for several weeks. Since then, I have had four other skin cancer surgeries.

My father had since passed away. He had seven dark spots to be removed. The morning that he passed, he had a melanoma taken from the top of his head.

I was able to catch my cancer early. If you are 40, get a full-body scan! Not in a month or two, now! Take care of yourself!!!

Previous Post: « The Hard Truth on Why I Quit Teaching In The Classroom
Next Post: 5 Helpful Podcasts for Teacherpreneurs »